by Altar of Flesh 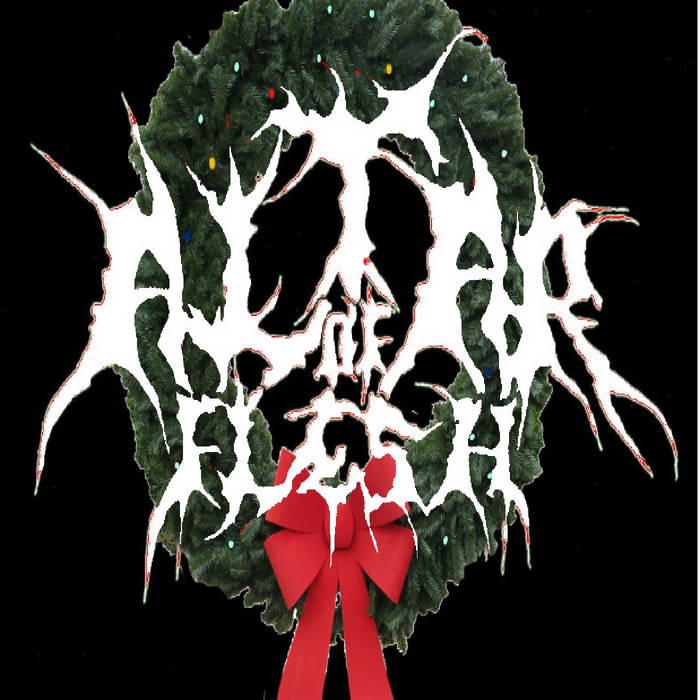 Snow on the ground, a chill in the air, Christmas time is here
The tree is alight, the tinsel is hung, and songs are spreading cheer
You dream of all the gifts you want at this magical time of year
Santa Claus won't come for you, there's someone else to fear

Christmas time has come again, wrong time to throw a fit
The boys you've bullied, the girls you've hit, and things you won't admit
Lie and cheat, steal and fight, cussed, cursed and spit
The Krampus comes to beat you down, you've been a little ...

Chestnuts roasted, socks are hung, but the Krampus has come to play
Pretend to sleep as you hear the bells from his demonic sleigh
Eight foot tall with thick black hair with a long tongue on display
The beating starts with lashing reeds as he drags you away!

Hailing from Tallahassee, Florida, Altar of Flesh was formed in 1999. Altar of flesh have released 4 demos, which were compiled on 'Unleashing the Angel Grinder' on Statue Records. 'Vilified' was released in 2009.

Altar of Flesh have had the honor to share the stage with Morbid Angel, Monstrosity, Malevolent Creation, All That Remains, Crematorium, Bloodlet, Bloodjinn, Corpus Cristi, & Jucifer ... more

Bandcamp Daily  your guide to the world of Bandcamp